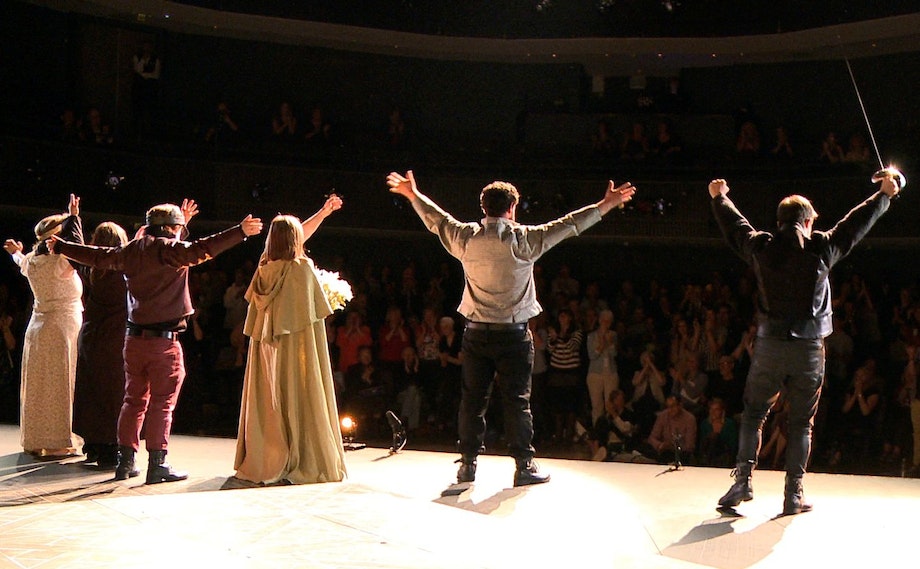 Way back in summer 2011, the wonderful actors of Blue Apple Theatre decided that they wanted to tackle the World's Most Famous Play (TM), Shakespeare's Hamlet, for their first ever tour. The company's resident writer and filmmaker William Jessop decided that since this was always going to be an incredible triumph/disaster, he might as well film them! As Tommy, Lawrie, Katy, James, Anna and Ros got to grips with the language and plot of Shakespeare's grand tragedy, some amazing things began to happen. As they thought deeply about the play's big themes, they started to take on the characters both on and off-stage, bringing their real life experiences, hopes and emotions to their performances. It became an incredible journey of self-discovery for everyone involved.