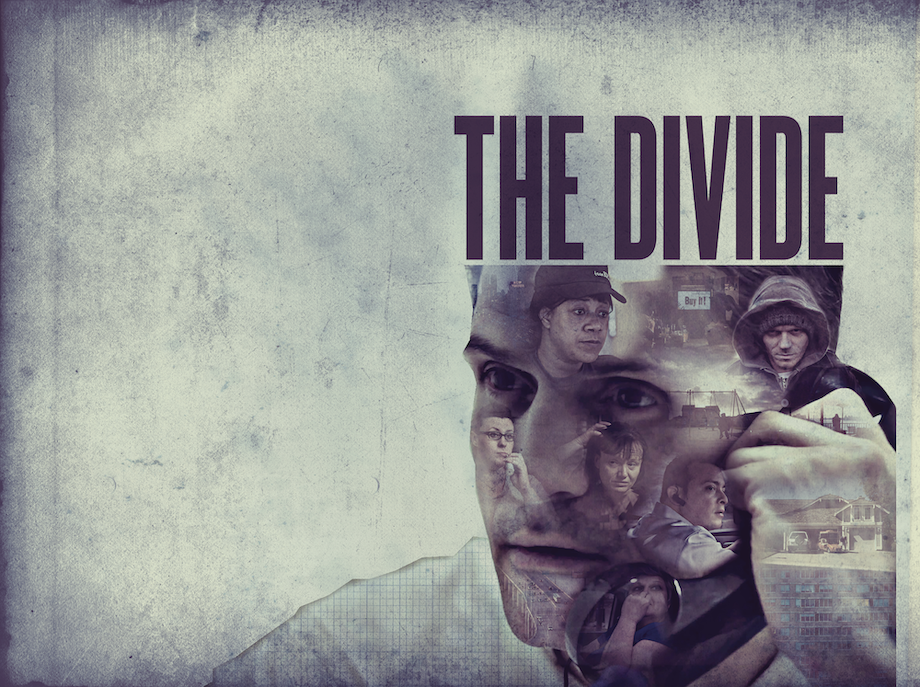 The Divide tells the story of 7 individuals striving for a better life in modern day US and UK - where the top 0.1% owns as much wealth as the bottom 90%. By plotting these tales together, we uncover how every aspect of our lives is controlled by one factor: the size of the gap between rich and poor. This isn’t based on real life. This is real life. Wall Street psychologist Alden wants to make it to the top 1%; KFC worker Leah from Richmond, Virginia just wants to make it through the day; Jen in Sacramento, California doesn’t even talk to the neighbours in her upscale gated community – they’ve made it clear to her she isn’t “their kind”. By weaving these stories with news archive from 1979 to the present day, The Divide creates a lyrical, psychological and tragi-comic picture of how economic division creates social division. It serves as both a call to arms, and a powerful warning. The film is inspired by the critically-acclaimed, best-selling book “The Spirit Level” by Richard Wilkinson and Kate Pickett.